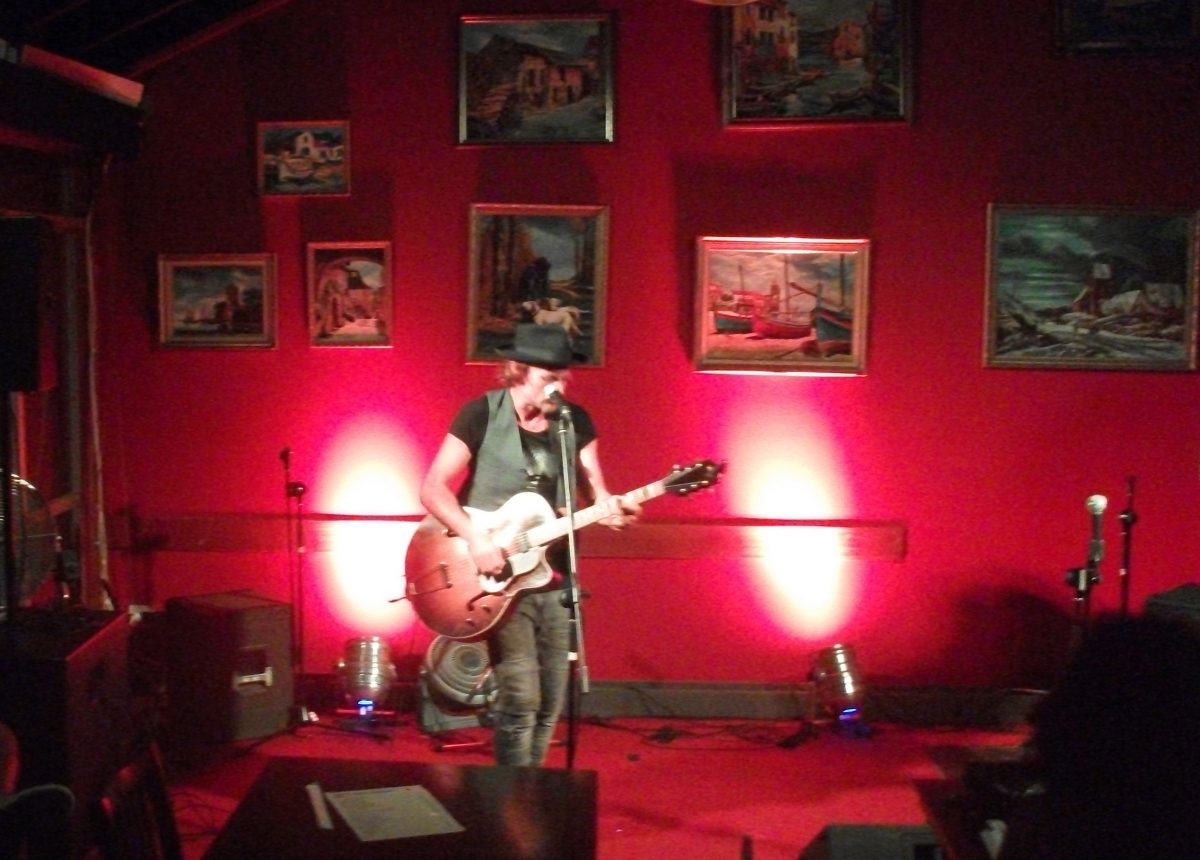 Saturday the 5th of April and we are heading to the Loft on Chevron Island to so a solo set with some good friends! Tonight on the Bill is Nije, myself solo and Hell n Whiskey! Was great to catch up with Nije and hear his new tunes and some old favorites! had been a few years since we did a show together up in Brisbane at Ric’s cafe! The usual crew turn up to see the Hell n Whiskey boys, they always put on a fun filled show!

Nije starts it of with his brand of Earthy Slide and layered textures using his loop pedal ever so slightly so it doesnt take away from his playing! The crowed is starting to gather and its time to hit the stage! I’ve bought my old “59′ Jazz Box” Maton along to play tonight! Its got a sound all of its own. Restored by good friend and fantastic Luthier Tom Anfield from Anfield Guitars U.K.(took him 2 years to restore this baby, one amazing guitar, thanks Thomas) Getting into the blues theme of the night ,I come out with Lil Suzie, into Catfish Queen an old one CHicken Scratchin, Live n Be, Mescalito, a new one set for the new album out september 2014- We Sail Tonight and Time then into one of my favorites Love Love and finish it of with Street Stompin Blues! Was a fun set with a fun crowed! Next the Hell N Whiskey boys hit the stage with there “bastard box”,sweet harmony great guitar work and tongue in cheek lyrics! Its a fine how-dow with the crowed getting into the antics from the Hell N Whiskey!

Thanks to everyone who supports Original Independent Live Music!!