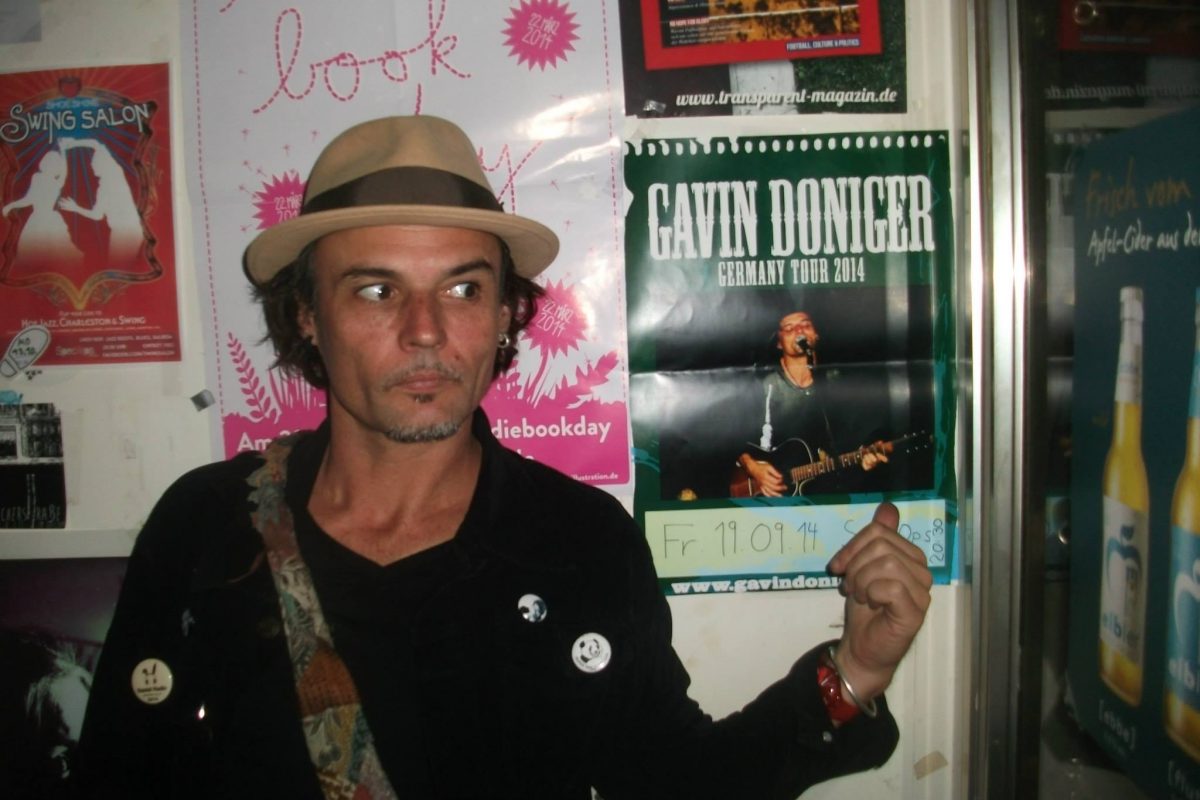 So its 16th September 2014, I leave Copenhagen on a “HI” after my show at Mojo’s, I’m now on my way to Berlin to do a show at “Rote Beete” Café/Bar- (Gleditsch Str. 71, Berlin). The days travel on the train is long but myself and my cousin Matt “Rascal” Tully entertain ourselves with some strange Aussie antics!! Its Rascals first time to Berlin,but I have to leave him as at a different station, as I’m late getting into town and have to get to my show! (I catch up with rascal a few days latter and we go explore Berlin and give him a bit of history, eat some “sausage and sourkraut” at the street market, drink some beers, sit in the parks on Museum Island,check out Grober Park, Jewish monument, more beer, street art, more beer, skate parks, more beer!!) I meet my good friend Krister at the station and we he’d off to “Rote Beete” (which means beetroot in German- its pretty cool playin a gig at a place Beetroot in Berlin. I forgot to ask if they made a Hamburger beetroot??)

We get to the place and another good friend Leon, who has organised my German gigs is there with beer in hand for me , getting a few warm ups in before the gig!! Its a funky little place with a great vibe, friendly locals and to top it off its Leon’s sister Thora’s birthday! Its a great gig,the bar staff keep my drink full all night, and way after I have finished playing! we don’t leave till 3am! Its a Tuesday night, people still fill the bar like it was a Friday night!! You got to love the vibe of a big city, people are out enjoying life every night of the week!! Berlin is great fun! My cousin Matty and I part ways , was great to hang out with him in Scando and Berlin! and catch up with some friends! I want to give a big thanks to Krister and Mary for putting me up on the couch for 3 night while I was in Berlin. Thanks for the “home cooking”!! Look forward to seeing you guys in Summer 2015!! Also big thanks to the crew at “Rote Beete”, Great gig!!
href=”http://www.gavindoniger.com/wp-content/uploads/2015/01/1410764_10152433038097283_2519509336307788167_o-1.jpg”> <a
19th September and I'm car pooling with Krister down to Munster to play a show at "Spec-Ops" Café/Bar! We catch up with Leon and we head to the gig at "Sec-Ops"! Its a good sized venue with a quirkie set up, lots a chilled places to sit, books to check out, Ping-Pong, good selection of drinks at the bar! The gig starts a little slow, the Uni crew are a little slow to get into it, but by the 2nd set I got em "Swamp-Stompin" to my Blues!! Krister and Leon take me out and show me the Night Life of Munster after the show, a few beers and a awesome kebabe at around 4am and that’s the night!! The next night I do a private gig at leons place for him and his friends, its great just playing whatever comes to mind, enjoy "Good German Beer" in the comfort of someones home! A luxuary you miss when Traveling, thanks for letting me crash leon!! 2015 we will Rock Munster again!! The next day 21st Sept, I go spend a night in Koln and then 2 nights in Paris and my 2015 Scando/German has come to an end and I’m on my wat back to Tugun Australia!

A big “Thank You” to everyone who came to the shows! To all the people who made it possible a very special thank you ! See you all "SUMMER 2015"!!! Peace, Love, Music<a <a